Adding Personality to a Dull Product Through Clever and Humorous Ads 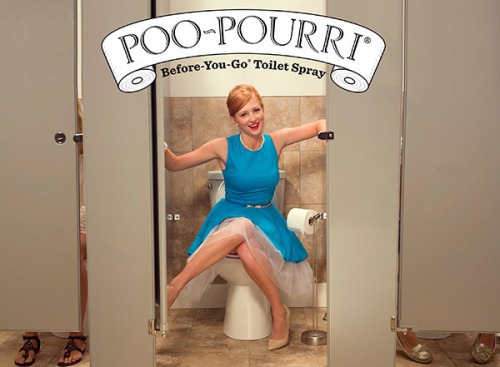 Let’s be candid: not many of us pay much attention to advertising for life insurance, bathroom tissue or medical devices. What’s there to be excited about? Adding a dose of personality with humor may create attention for those types of products which we would not otherwise have given them much attention — especially among a plethora of advertising. This also applies to generic products such as soap and bottled water.

Not every product or service brand is stimulating

Not every brand is as exciting such as Victoria Secret, Porsche or Apple. Many brands, it turns out, are simply staid, generic or both. However, the creative ones have put much thought into developing content which captures attention. This would come in a form of either:

– an emotional style ad which results in becoming remarkable and memorable; or,

– embodies a certain lifestyle which most in the target market would be able to relate to as their own;

– it turns out good enough that many of us would share the advertisements with others (as I am doing in this article).

Below are examples of products and services which can stir emotions – whether arousing, dramatic or amusing.

Zyppah (“Happy Z” spelled backwards) is an oral sleeping device which claims to eliminate snoring. It doesn’t sound or look like a sensuous device, so the brand decided to develop a clever advertising campaign by creating a character – a spokesperson of sorts with a thick New York City accent, named “Jimmy.” The results can be watched and heard below.

Suzy Batiz had an obsession with getting rid of “poop odor” to the brink that for nine months she relentlessly worked on developing an oil-based spray you put on the surface of toilet water before you go. It worked! Her claim is that her product, named Poo-Pourri, has a unique oil which “…creates a layer, and whenever the poo goes in, it actually encapsulates it, it sort of ‘wraps’ the odor.” Truth be told, bathroom products are not the most thrilling to market, let alone such a spray to diminish poo smell – or so you thought. By taking a taboo subject and adding humour and surprise, Suzy Batiz and her marketing creatives, decided to add a dose of bliss to the video ad by featuring an elegant, well-dressed woman with a British accent and revealing her grief of trying to disguise unpleasant bathroom aromas. The ‘Girls Don’t Poop’ initial ad campaign quickly went viral gathering over 6 million views and 278,000 shares in its first week. Here is the video link: https://youtu.be/ZKLnhuzh9uY

Life insurance, for many, is a morbid product which needs to be sold rather than bought by most on – and if so, on their own initiative. Therefore, how does a prominent term life insurance brokerage firm start a conversation and promote its intangible products which only beneficiaries can eventually claim its proceeds? Term Provider, the actual name of a term life provider decided to add a pun by branding it with a catchy name – Big Lou – as if its owner is obese and nicknamed Lou is in Louis. We are not certain if the founder/owner of this agency is actually overweight as he claims, as we do not get to see him in his ads. His ads, link below, are for the most part, aired on CNN satellite (think Sirius XM) radio.

This ad campaign was created in a form of print advertisement by Canvas in South Africa for Eyelab, to promote its professional services. The one below insinuates that this attractive lady needs to have her eyes examined since she appears to have chosen an incompatible and geeky looking man as her mate. In reality, her choice can be quite subjective and a personal choice of hers without any of us being too judgemental. Needless to say, it is eye examination promotional content with a different twist. 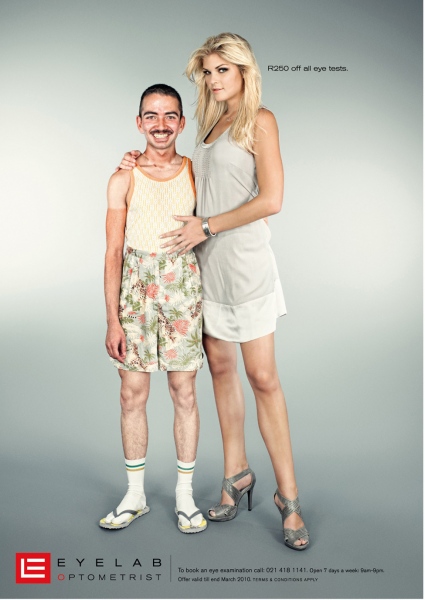 How about branding water and putting the world’s most expensive price tag on it predominantly by visual appeal and perception? That’s just what its founder and president, Kevin G. Boyd, did for Bling H2O which he labels it as “luxury” and charges about $44 per bottle. He has accomplished this through a clever marketing strategy such as:

– focusing on distribution of limited editions;

– conveying a glamorous story with his marketing messages;

– has celebrities sipping his water and as a result, gaining massive publicity.

In less than two weeks following its release online, Virgin America managed to get almost 6 million people to watch their safety video without even stepping foot on the plane.

Air New Zealand created something a little different and entertaining for their safety instructional video by celebrating the third and final film in The Hobbit Trilogy – The Hobbit: The Battle of the Five Armies.

In the final analysis

Although many products or services such as bottled water, insurance and banking services are not exciting on their own, it doesn’t mean they should remain dull. They still do have the potential to be branded with charm, emotion, sex appeal, or yet attributed to a certain lifestyle. A good sense of humor also comes a long way – provided that creative campaigns can be produced with unique and passionate content worth talking about and sharing.

Positioning the brand is another way to differentiate any generic product. It’s what you create in your target customer’s mind, along with the benefits you want him or her to think of when he or she thinks of your brand.