The Smell Of Exclusivity: Evolution of the Niche Perfume Market 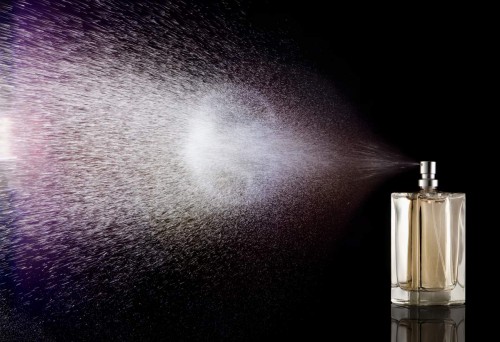 Open any fashion magazine and you are immediately struck by the mystique of perfume adverts. It is an industry, which combines the power to make people dream, to imagine their ability to attract, and better still seduce. It plays on the psychological heartstrings of self worth and self-perception.

When the elements come together with force, people feel sexy and desirable. Billions are spent on their consumption. Large and small houses spare no expense in their creation and marketing. Perhaps this explains why so much effort is spent on designing an appropriate package along with creating the right name. 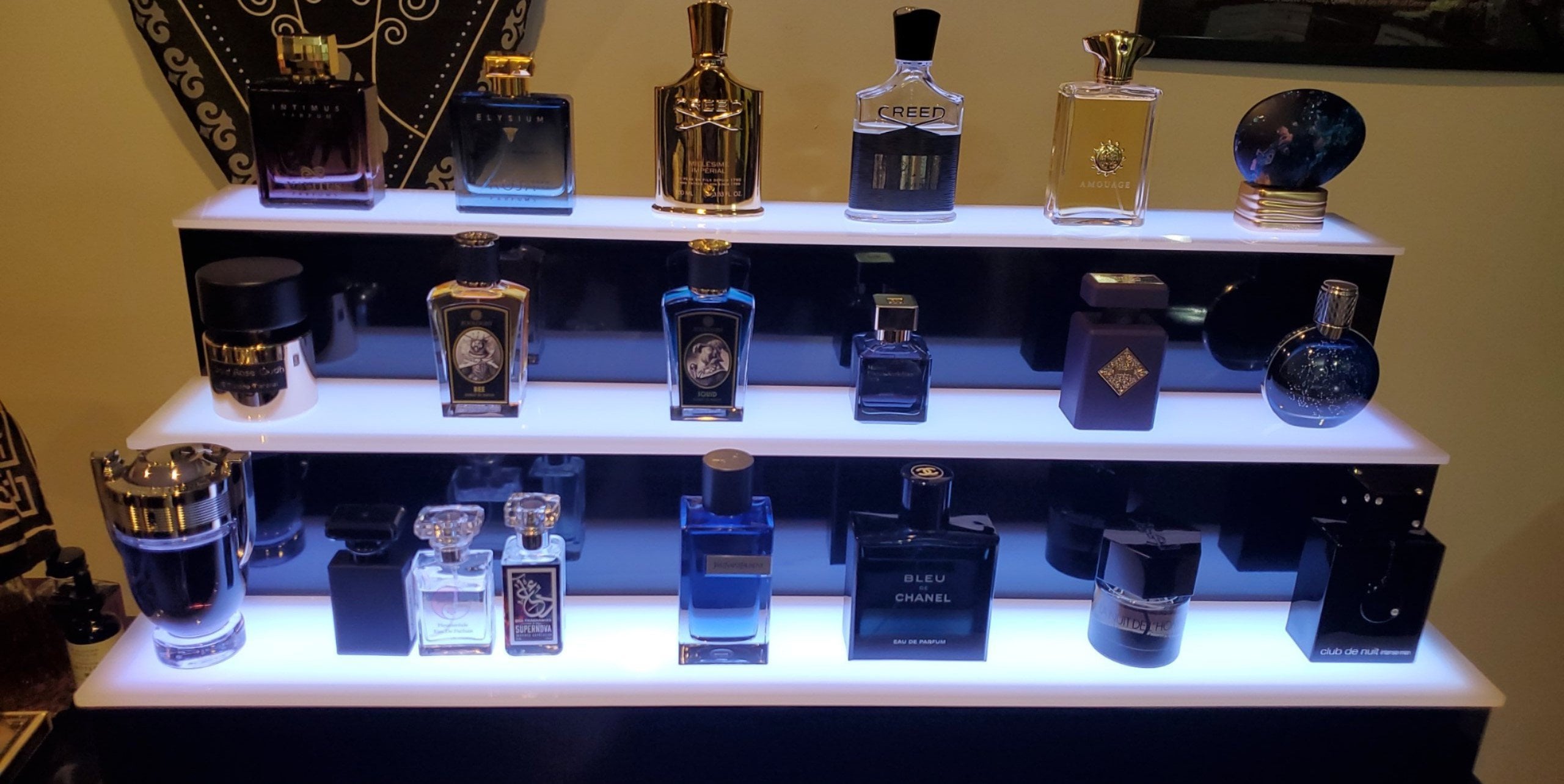 The Commercialization of Designer Fragrances

Mainstream body fragrances are usually a blend of synthetic elements. They are produced by only a handful of firms.

Niche perfumes however, are not generally associated with fashion labels, celebs or extravagant looking bottles. Their trademarks are rare components constructed to leave an indelible mark.

Such fragrances are built on a pyramid, harness raw materials and are aromatic. Many are botanically sourced and distilled by master perfume makers. Key ingredients include Damascus rose, jasmine, citrus from Sicily or Corsica, and even tree bark such as sandalwood, juniper, and cedar.

For these reasons, trained noses are in high demand. However, the use of perfume and the selection of ingredients are cultural and even generational. Take two well-known brands as examples:

Many young clients prefer the scent marketed by Abercrombie & Fitch. It is light, sweet and attracts. Although everyone knows Chanel No.5 not everyone will wear this fragrance. It is heavy and voluptuous. Marilyn Monroe might have worn nothing else to bed, but who else follows suit? Chanel’s new advert campaign online has been designed to capture a new generation of advocates.

When Only Luxury Perfume Will Do

Recent statistics show that the demand for fragrances continues to grow most notably in the Gulf and Middle East. Euromonitor, a consumer research firm states that perfume sales in Saudi Arabia top sales in 2010 ($827.5 million) followed by the UAE, ($205.8 million) during the same year. On average, a Gulf client will spend $380 per annum on perfumes.

Lifestyle and DPI do not alone explain the stats. It is also the demand for rare elements used in their preferred fragrances some of which contain oud and amber. Just last year Christian Dior has tried to tap this lucrative market with much success.

Other classic brands such as Armani and YSL have tried to do likewise. Historically however, more emphasis was placed on naming the product and the packaging rather than the actual contents. Lifestyle has always been the key market driver when a big fashion brand launches a new perfume. They are seen as key pieces of the accessories puzzle to the brand, which can include cosmetics.

I am often reminded how such brands will even create a timepiece, which sports the brand name. However, these timepieces have nothing in common with genuine luxury watches such as a Patek Philippe.

The luxury brand Hermes for example, has taken great care to hire some of the noses that work for Frederick Malle. The smell Terre d’Hermes immediately comes to mind. With each creation, there is an eau de toilette and for others there is the perfume. Both products commit the client to the brand and provide accessibility as well as exclusivity, which is the hallmark of Hermes in the first place.

Contrary to popular belief, France was not the first country in the world to conceive perfumes. The ancient Greeks and Romans were devoted users of fragrance. However, Grasse, a town on the South of France, is today considered the world’s capital of perfume.

The natural perfumer is both a scientist and an artist. He/She demands rigor in his/her quest of creating beautiful perfumes including his/her “nose” as an inherent talent.

According to The Natural Perfumers Guild – the world’s largest trade association dedicated to natural fragrance, natural perfumers do not use synthetic aromatic chemicals. Natural aromatics are natural biological chemicals, thus their scents come from nature. Additionally, the need is greater than the mainstream perfumers in developing a fixative base for the perfume (so it is held onto the skin to last longer.) Mainstream perfumery has a huge number of synthetic fixatives at their disposal, and natural perfumers do not, and would not, use them. Moreover, the bottles or body care containers are filled by hand which, typically, makes the entire process personal.

Niche perfumery maker Creed, established in 1760 and one of the oldest, uses such methods of hand production, including maceration and filtration, instituted at the company’s founding. It is the industry’s firm proponent of natural ingredients in fragrance. As a result, it has a loyal following that includes royalty, Hollywood stars, political leaders, legends in business, sports, music and the fine arts as well as discerning members of the public who value beauty and quality in scent.

Applying the slogan, “Fragrance without compromise” to his brand ethos, Frederick Malle  runs the exclusive fragrance boutique in Paris, Les Editions Du Parfum. His shop and the niche perfumes he sells epitomize how the luxury perfume trade has moved on from just name brands to something beyond marketing hype.

Of Art and Storytelling

The fragrance industry is a very personalized one. For this reason, niche perfumes for the discerning and affluent are growing rapidly. This sector is creating new trends in the beauty and fashion world through a niche/artisan approach. As the perfume market grows in important markets including the Middle East and BRIC countries, and as companies expand outward, the traditional perfume tastes are affecting the world of perfumery. Thus, these highly coveted and hard-to-find perfume notes are becoming ever so popular. Those boutiques able to offer the most sought after fragrances such as oriental amber, Agarwood (oud), and musk amongst others, along with their striking ambiance, will distinguish them from their competitors.

Customers expect highly trained staff at bespoke perfumery shops to understand the art of fragrances such as the origins and chemical make-ups as they are able to tell a customer why a certain fragrance will or will not work with her/his body chemistry and suggest alternatives. This includes the suitability of a perfume to someone’s skin chemistry and diet.

At specialty perfumery shops such as Madison, with a location in Bucharest and Budapest, fragrance aficionados will find an exclusive array of scents, niche colognes, hard-to-find perfumes, room scents, and incense. The 46 or so brands they carry are not available in traditional department store beauty and cosmetic counters.

The Role of the Influencer in the Fragrance Domain

With the advent of in the social media sphere, most notably on YouTube, the “influencer” persona was born. An influencer is someone in a niche or in a specific industry with sway over a large target audience. This individual can also persuade others to act based on their recommendations.

The fragrance domain has several of its own. These passionate souls with their YouTube channel have amassed hundreds of thousands and in some cases, over a million subscribers. One of those on the top spot is former German model, “Jeremy Fragrance” (née Daniel Sredzinski). Jeremy vlogs about both women’s and men’s perfumes and features niche fragrances as well as the popular scents. He is a smooth-talking YouTuber who began his video platform in 2014, He has a high influencer equity score. Another one on the top three spot, is New Yorker Tiff Benson, a fragrance and beauty vlogger and blogger. She shares perfume reviews on YouTube who also writes about beauty and lifestyle topics on her eponymous blog. Tiff is part of the Sephora Squad and founder of The Fragrance Society.

The Olfactory Take – in search for something new and singular

Great perfumes are like works of art. They are inspiring, delightful and memorable – despite their staid looking bottles in contrast to those of the designer house perfumes. Perfumes and emotions are also linked together since they impact our mood considerably. They are the new luxury category which is treated as a work of art.

The lesser-known fragrance brands are often touted by celebrities who publicly declare their preference for them, because of the mystique and rarity they possess. Niche labels often use exotic and rare ingredients which make their brand stand out from the rest. The more than two century old Creed Perfumery has a large freestanding store in New York, considered one of a kind in North America, where it sells its own limited produced fragrances.

Small and privately owned fragrance producers are, for the most part, family run – which make them personally involved in all aspects of the productions process. Their uniqueness ranges from fine-quality ingredients stories of pedigree to environment-friendly practices. Such niche brands normally cater to a small, yet extremely loyal clientele. Personalized service, through well trained front line staff, adds to the emotion, as well as the total customer experience demanded by its discerning patrons.

2 responses to “The Smell Of Exclusivity: Evolution of the Niche Perfume Market”